A downloadable game for Windows and Linux

Unfortunately the project didn't make it into a fully playable state before the jam submission. So right now, there's no game-play to speak of, plus some sprites are currently using the wrong artwork. There may be some work done post-jam to rectify this, but as far as the jam is concerned this is a broken entry...

As it was imagined, at least!

You're one edgy boi protecting your spooky edgy lands from an army of cute invaders. 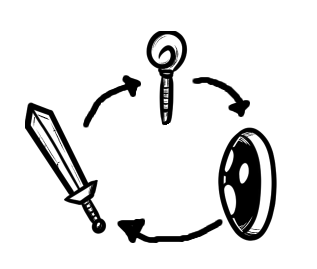 Same-type cancels, if you use the losing type bad things happen.

Each stage has a bunny-wave and a boss wave

It's an endless game; you ultimately can't win against the forces of cuteness, but you can resist as long as you like! The game will get faster the further you progress, however. . 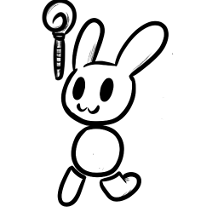 During the bunny wave, bunnies will advance towards you. If a bunny makes it to the end, you'll take damage.

During a boss wave one of three animes will spawn. Unlike bunnies, they remain in a fixed position and will fire bullets towards the player. Bullets only hurt you if they hit you, so it doesn't matter if they make it to the end.

Like bunnies, bosses are only weak to the correct attack type. Hit them a bunch until they go away

Controls: Up/Down to move the player/

P Skips to next stage. 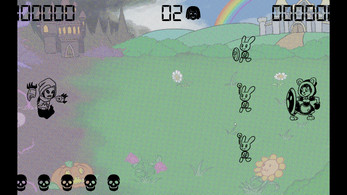 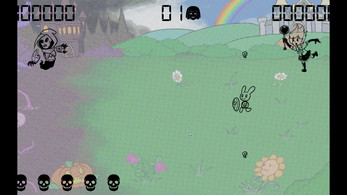